The team have been involved in various activities over the last few months to ensure we practise what we preach when it comes to taking head on challenges and sometimes tough conditions! 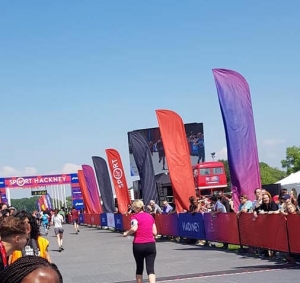 Peter and Jenny took part in the Hackney Half Marathon in May. It was a rather hot day and Peter achieved a personal best. Jenny managed to do it in just over 3 hours, with new trainers and achy toes. 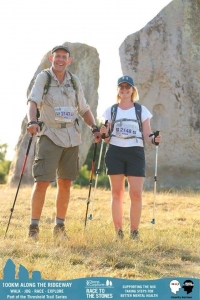 Peter and Tony, with brother John in tow (literally), completed the Yorkshire 3 Peaks Challenge in June, covering over 42 km and over 1000m of up hill struggle.

Peter also completed the Race to the Stones with his daughter Nicola, covering in just 2 days over 100km along England oldest footpath, cutting from the Chilterns in Oxfordshire across the Thames to the North Wessex Downs, the trail has existed for 5,000 years. 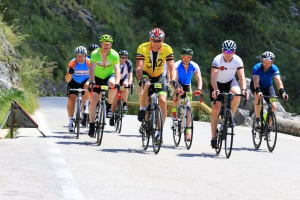 Tony got on his bike and took on 3 challenges – the 316 in Marjorca; raising money for the Welsh Rugby Charitable Trust he completed a 386km bike ride around Wales with other former Welsh Rugby International’s Ryan Jones, Colin Charvis, Rupert Moon, Richard Parks and Robyn McBride; and finally just for laughs the Coast to Coast ‘Way of the Roses’ – a 274km ride taking him from Morecombe on the West Coast to Bridlington on the East coast over the Yorkshire dales in the wind and rain. 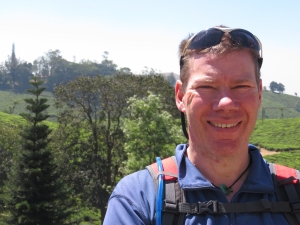 The first bike ride across the two southernmost states of Tamil Nadu and Kerala perfectly depict the contrasting nature of India a total of 420 miles in just 10 day.

His second much more changing ride was up and over the High Atlas Mountain of Morocco. The challenge here was not only the challenging climbs to the summits but the temperature up to 50 degrees.

Pete’s third challenge was to complete the Great East swim in aid of MacMillan. Sadly this year his time was just a few seconds slower than his time for last year. 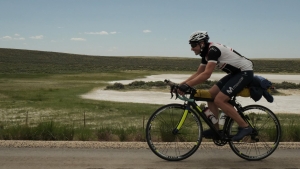 But all the above was smashed out of the park by Ed Tapp, our consultant who completed the Trans America bike race. This is without doubt one of the longest and hardest ultra-endurance cycle races in the world.

He set off with 100 other cyclists from all over the world to cycle the  4,200 miles across the US continent from West to East. He crossed 10 states, climbed the Rockies, battled head winds over the Great Plains and avoided storms and tornados in Kansas to complete the journey into York Town, Virginia in 23 days (15th place). Typically averaging between 180 – 260 miles per day Ed described it simply as an adventure of a lifetime.

Find out more about our team here.

How the Premier League became an export superstar
Scroll to top